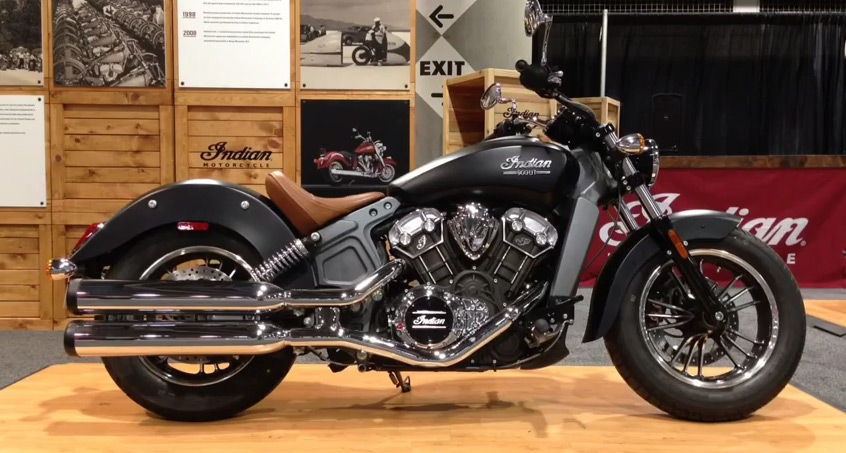 Indian debuted the latest of its 2016 motorcycle models this past week at EICMA International Motorcycle Show in Milan, Italy. The 2016 Indian Scout Sixty has many of the features of the company’s 2014 and 2015 models. This new model, however, comes in a smaller package and at a lower price point than its predecessors, which the company hopes will make it a great entry-point bike for riders looking to try out the brand.

The Scout has been a major boost to the company, which has faced its ups and downs since its founding in 1901.  After shutting down, and then restarting in 2003,  Polaris acquired the company in 2011. Polaris’ stability has enabled the continued growth of the Indian brand over the past few years.

“The Indian Scout has been a stunningly successful introduction for us, with balance, performance and maneuverability that appeals to a broad swath of riders here in America and around the globe,” said Steve Menneto, President of Motorcycles for Polaris Industries to Business Wire. “The new Scout Sixty expands that reach even further to include newer riders and a younger demographic who long to experience the legendary quality and craftsmanship of an Indian motorcycle.”

The new Scout has the same chassis, suspension, brakes, and core engine, though it now has a water-cooled 60 cubic inch engine. It has a five-speed suspension instead of the standard 6-gear. The all black model starts at $8,999. The bike is highly customizeable, and buyers will likely find themselves spending more than the starting price (though still considerably less than on other models, which can be listed in the $16,000 range).

Indian also hopes to make the new Scout Sixty a racing super power. “We are also excited to announce our return to flat-track racing. With a sponsorship for the Hooligan class at the AMA Grand Finale (Superprestigio) in Las Vegas on November 21st, we will be debuting several Scout Sixty models customized by Roland Sands. Built specifically to race, these hooligans should put Indian Motorcycle back on the winner’s podium,” Menneto said in the official press release.