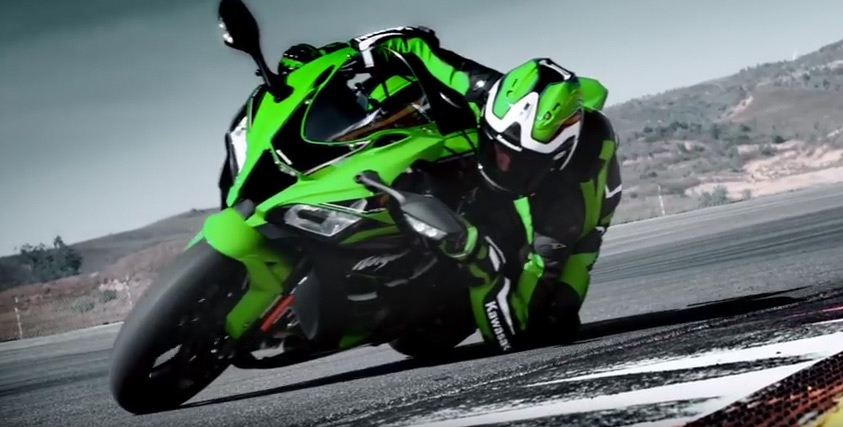 The new Kawasaki Ninja promises to reach greater speeds with more ease than ever before. The Japanese motorcycle manufacturer recently unveiled the 2016 Ninja  XZ-10R, a streetbike that the company believes will make riders feel like they are on Kawasaki’s racing team.

The bike may look nearly identical to its 2015 predecessor, but aside from the initial visual similarity, the bikes are totally different. The new model has been entirely redesigned and reorganized to become more adaptable to a rider’s needs and achieve speed more efficiently than before.

The bike weighs in at 454 pounds; it has 197-horsepower with a 998 cc engine.  The bike’s overall output is about the same as the 2015 model, but it reaches its peaks more quickly while complying with the Euro 4 emissions guidelines.

Tweaks have been made to maximize the bike’s power and flexibility. The bike was designed after input from two of Team Kawasaki’s world champions, so the bike caters to a racer’s instincts. As Yoshimoto Matsuda, the head of development for the bike, told journalists, this bike was designed with performance in mind over aesthetics, and that the designers were instructed to build with “more innovation, no compromise.”

Compared to the 2015 model, the ZX-10R features a wider windscreen and handlebars that are closer to the rider. The steering head is also closer to the rider, and the swing arm is a bit longer. These modifications all give the rider quicker and more subtle control on the bike than they had before on its predecessor. The adjustable steeringhead and swingarm pivot let the riders make adjustments to optimize their individual experiences.

The new bike also has a lighter crankshaft and primary gear, which give it less inertia. An impressive electronics system will monitor all the bike’s moving parts. Notably, it monitors the ABS brake system, of which 2015 World Champion Jonathon Rea says: “From a safety point of view, it’s really good.” The brakes give drivers increased control during a sudden brake, and helps prevent skidding.

Check out this video to see the ZX-10R in action