Costco and Polaris Team Up for Special Promotion 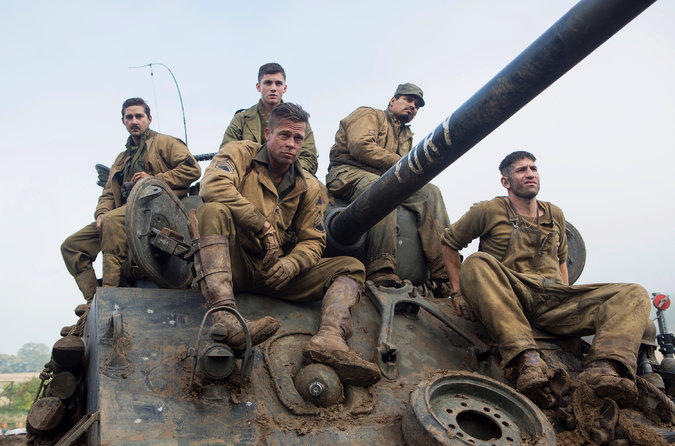 Brad Pitt, A-list superstar and avid motorcycle collector, has recently added to his bike collection. The actor, 51, purchased a rare motorbike that combines his love of motorcycles and his fascination with World War II artifacts.  His new bike hails from Nazi Germany and has made its way into Pitt’s possession for the immodest price of £250,000 ($385,000 U.S. dollars).

Pitt has appeared in two well-known World War II films– Fury (2014) and Inglourious Basterds (2009), which piqued his interest in German auto design from the era.

According to The Mirror, the actor’s interest in World War II memorabilia greatly intensified after working on Fury. In that film, Pitt plays a U.S. army sergeant in charge of a tank unit on the German warfront.

Pitt’s new bike is a 1942 three-wheeled motorcycle that was used to traverse mountains and rough terrain by a German reconnaissance unit during WWII. Nazi troops used the bike on the Greek island Crete. When the Germans left Greece in 1945, the bike made its way through a couple of Greek motorcycle collectors, the most recent of whom just sold the bike to Pitt.

According to the seller, a collector named Yannis, this bike is one of only around 500 in the world, which makes each one a collector’s item. As he told The Mirror: “It’s a way for wealthy people to invest their money and also enjoy their hobby… Even the parts are expensive if they are original. I had to replace a small piece of metal on this bike and it cost me £1500.”

We hope Brad Pitt enjoys his new rare motorcycle, especially since it cost him a pretty penny.  We are reminded of Pitt’s iconic role in Inglourious Basterds as a methodic Nazi killer.  Here’s a clip from the movie, just for posterity’s sake.