This Los Angeles dealership will surprise you with its collection of vintage cars and motorcycles.

Dennis Goddard, owner of Dennis Buys Cars, has a thing for the classics. His used car and motorcycle dealership in West Los Angeles started out as a conventional used car dealership, but over time, classic cars started to creep in. Vintage motorcycles followed.

Dennis Buys Cars has been in its location on Venice Boulevard for 14 years. He makes facilitating easy car sales his goal. Among the more banal, typical used cars in his lot are some classic gems. For example, among the cars for sale are two 1957 Thunderbirds, a 1934 Coupe, two old Jaguars, and an old Buick– in Dennis’ words, “quite an eclectic mix.” Dennis buys and sells cars in all conditions. Some are fixer-uppers when he buys them, and are either sold as-is or restored. Restorations are typically done on-site.

Dennis is a long-time biker who doesn’t pledge fealty to any one brand– lately, he’s been riding a Harley, but he likes to switch it up periodically. He prefers using his motorcycle as a primary form of transportation to navigate the traffic-clogged streets of Los Angeles rather than as a getaway vehicle for leisurely weekend rides. “I like it because I can lane split… I like it because I can get places faster,” he told me.

His knowledge of biking made for an easy transition to buying and selling motorcycles at the dealership. Motorcycles, according to Dennis, are trickier for the average person to sell than cars; the logistics of offering a test drive and varying levels of riding experience prove to be a hindrance to many. Using a third party buyer can therefore relieve a burden for people trying to unload a motorcycle.

Enjoy these photos of some of the classic cars and motorcycles on display (and for sale) at Dennis Buys Cars. The dealership is located at 8931 Venice Blvd Los Angeles CA 90034. Visit http://www.dennisbuyscars.com for more. 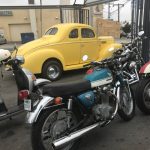 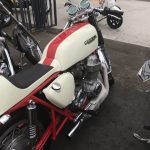 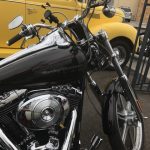 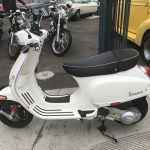 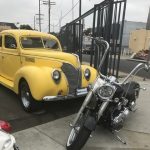 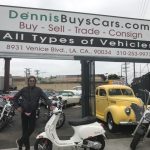 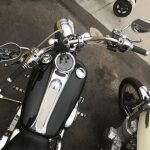 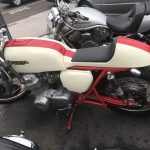 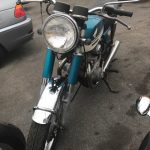