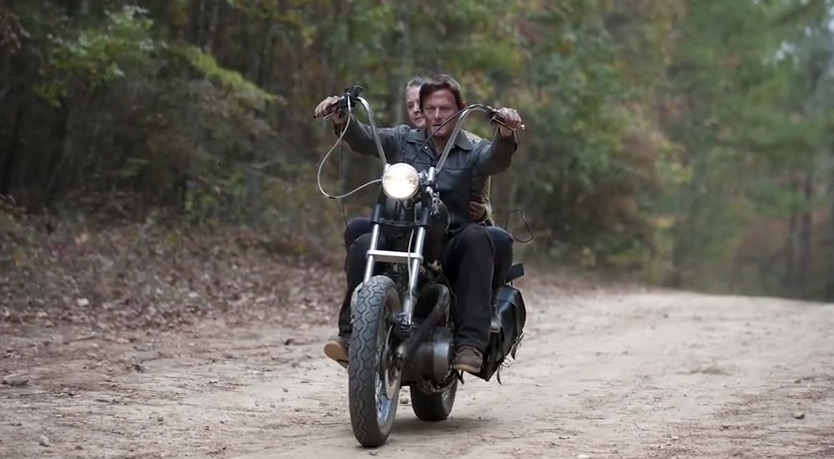 If you ‘re a fan of “The Walking Dead” and a motorcycle enthusiast, we’ve got great news for you.

AMC announced an unscripted television series that will be hosted by Norman Reedus, a fan-favorite from the network’s popular zombie apocalypse show. Reedus’s character, Daryl Dixon, is known for traversing  the wastelands on his motorcycle, and it turns out the actor is also an passionate motorcyclist off-camera as well.

The show will focus on the actor’s passion for motorcycle and biker culture. Each of the six hour-long episodes will feature Reedus and a rotating companion taking a motorcycle trip somewhere in the country. Along the way, they will stop at different mechanic shops, bike shops, tattoo parlors, and highlight the depth of motorcycle culture in America. They will also showcase different types of motorcycles.

In a statement released by AMC, Reedus said, “I’m incredibly excited and thankful to AMC for giving me the opportunity to share a passion of mine with our fans, and hopefully a whole new audience… I had a lot of fun filming and exploring, and I hope it shows.”

Of Reedus, the AMC and SundanceTV director of original programming and development, Joel Stillerman noted, “He is an avid rider and aficionado who is deeply immersed in motorcycle culture. There is also nobody more fun to hang out with. This show will bring those two elements together for a weekly ride into the incredible world of motorcycles and the people who live and breathe them.”

The show’s working title is “Ride with Norman Reedus.” It will be produced by Ken Druckerman and Banks Tarver, and is part of an effort by AMC to reboot its interest in unscripted series.. It is scheduled to air sometime in 2016.

Are you excited for this show?