A Norton superbike is in the works, according to the moto-maker.

Norton announced plans to create a superbike last year, and has recently revealed that the motorcycle is indeed in development. A 1,200-cc V4 engine sportbike will make its debut at the NEC Motorcycle Live Show in the U.K. later this year.

The forthcoming motorcycle hopes to compete with other premium sports bikes, such as Ducati’s 1299 Panigale, which uses a 1,285-cc V-Twin engine. The bike will have a a tubular aluminum chassis. It will be a limited release; about 200 units, all handmade in Norton’s Donington Hall factory, will be shipped to buyers sometime in 2017. The bike’s price has not been released yet, but is rumored to cost about $30,000.

Norton has a history of creating beautiful, iconic motorcycles. It is often associated with stunning (but vintage) cafe racers, and the sports bike marks a departure from the brand’s nostalgic appeal. The company has peaks and valleys over the past decades, but now, with a British government subsidy of roughly $5 million, Norton has vamped up its motorcycle production. This superbike’s release signals the company’s commitment to being a competitor in the contemporary motorcycling world. 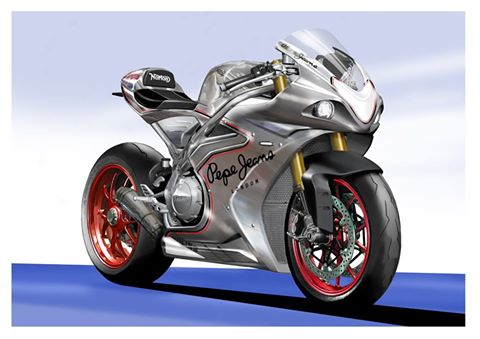