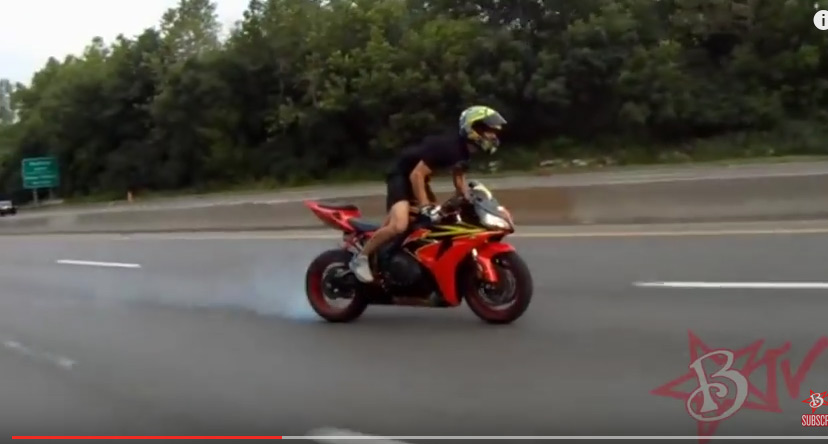 The rider of the 2013 Honda CBR1000RR Fireblade 1000cc liter bike shown crashing in the video above may have had a bad day, but he should be thanking his lucky stars that the collision that rendered his motorcycle unusable did not cause him any apparent bodily harm. The motorcyclist got lucky– he was not wearing proper protective gear and was freewheeling on a highway with some light traffic.

“That sucks dude, ” said a fellow rider. Sure does, but not as hard as it could have.

Be safe out there. Wear your gear before you drop a gear and disappear.