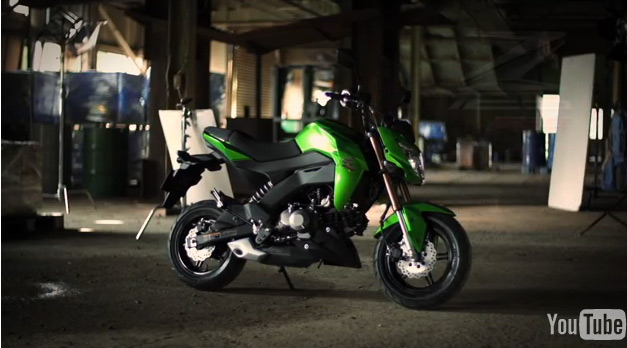 Small bikes seem to be growing in popularity. Kawasaki just unveiled the 2016 Z125, a minibike that will  be available in the Asian market.

According to the writers at Motorcycle.com, Kawasaki undeniably designed this bike to compete with the Honda Grom. Both bikes are compact compared to other street bikes; both have a 125 cc engine and a four-speed transmission.

Unlike Grom, however, the Z125 will come in two versions– one with an automatic clutch and one with a manual clutch. The Z125 is also reportedly 223 pounds (one pound under the Grom) and it has a bigger gas tank than its Honda rival.

Kawasaki’s new minibike visually resembles other members of the Z model family. It comes in the iconic Kawasaki green and has the sleek angular shapes that characterize the brand’s fighter bikes (it’s just significantly smaller, is all).

No word on if the bike will be released stateside, but fingers crossed. It would be a fun to see this bike have a showdown with the Grom.