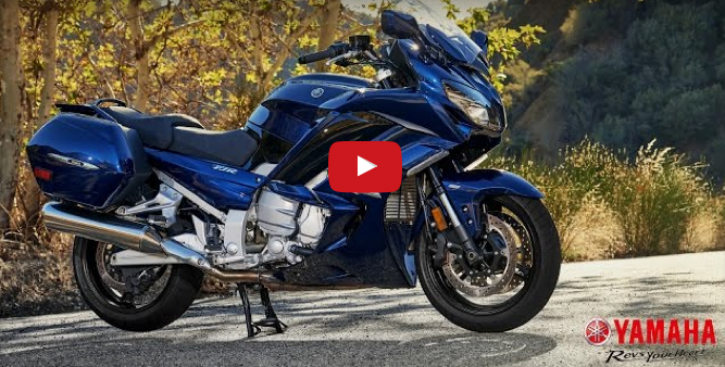 Yamaha is known for its dedication to speed because it makes riding a truly rebellious act. But when it comes to sticking to what works, being rebellious can be overrated.

According to a series of reports, Yamaha has just recently launched a new FJR1300 sport tourer model that, well… sports (!) a great deal of changes. But these changes aren’t entirely “new:” the model has been updated over the years, and the results are finally something to cheer about.

The major—and most recent—changes made to the FJR1300 model allows the motorcycle to be as competitive as other recent models launched by Kawasaki. But the new FJR1300 is not the only card Yamaha has up its sleeve, the FJR1300ES, on the other hand, might as well be it. Especially when you get to know its electronic suspension.

The 2016 FJR1300ES and FJR1300 motorcycles come with six-speed transmissions that were developed to replace the obsolete five-speed transmission. The new models are also equipped with a slipper clutch that allows riders to experience smoother downshifts and lighter clutch pulls.

Both models promise to provide a more relaxed ride to the motorcyclist whether he or she likes (or doesn’t) speed. But that’s not enough, according to those who have already tested the 2016 FJR1300 and FJR1300ES bikes, the new model will also help you save at the pump.

Some of the newer features in the 2016 FJR1300 and FJR1300ES bikes include a fully upgraded three-pod instrumentation layout, featuring a new legible analog tach. The bikes also come with new LED headlights and tail lights, but the FJR1300ES units also allow riders to control the LED cornering lights with the help of an IMU.

The new Yamaha technology activate the cornering lights by assessing the vehicle’s lean angle. That could give the user a better shot at seeing what’s going on further through the corner.

So far, the new Yamaha FJR1300 and FJR1300ES will only be available in Cobalt blue. Pricing will only be announced in February. Until then, watch this preview: